The first surprise of the weekend was that Haka Dave was at the Atkins. The second surprise of the weekend was that he was wearing a badge with the word 'Controller' on it. I will not steal his thunder, but leave Dave to describe his experiences in a separate blog. If anyone else wants to e-mail me any info about their weekend at the Leicester Chess Congress, i will post it here, too.

My kingside was looking vulnerable and my pieces were not very active. My b pawn was under threat from the white Rook. Time to do something, but the b pawn also needs to be protected. 18...Qa3 gets the queen out and also indirectly defends the pawn, but Terry missed this and played 19 Rxb7. Then i played 19...Qa6+ winning the rook. The game went on for another 33 moves. I had to skip around some stalemate tricks later on, but the damage was done. 1 point out of 1. 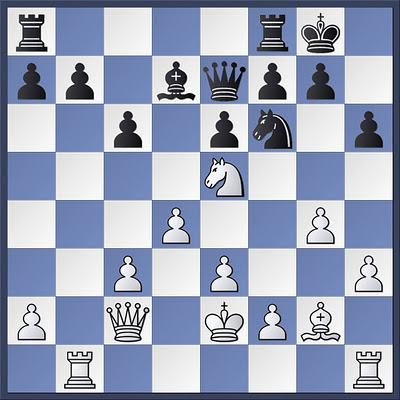 
This game almost went to the full four hours. In this position, i had just offered my opponent a draw and had that declined. At this time, I had two minutes left on the clock and my opponent had ten. Both pawns were Rook pawns and there was no way that either of us would have been able to promote them. If anyone is better then it is me with the black pieces, but even then all white has to do is get his king in front of the pawn. White now blew it completely with Rh6 - putting the rook on the wrong square and then releasing it. My opponent had meant to play Rh5+, but instead gifted me his rook - and then, realising what he had done, resigned. 2 points out of 2. Things are going well. 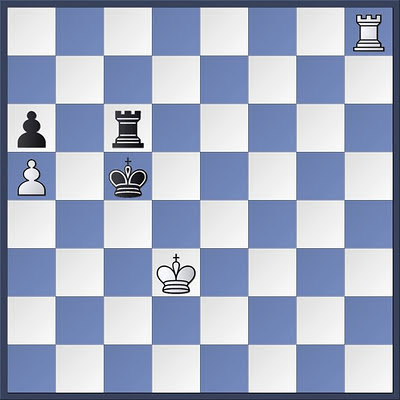 In the afternoon, i was placed on board 1 with the white pieces against Gavin Hart - the eventual joint winner of the Minor tournament. Gavin's bishops and queen had been giving me some hassle for a while, but, so far, i had been able to deal with this and pick up an extra couple of pawns. I was by now, however, extremely tired (weekend congresses are endurance events as much as anything else) and conscious that i might very well make a mistake, so i offered my opponent a draw. This was accepted. Two and a half points out of three put me in a very good position at the end of the Saturday. 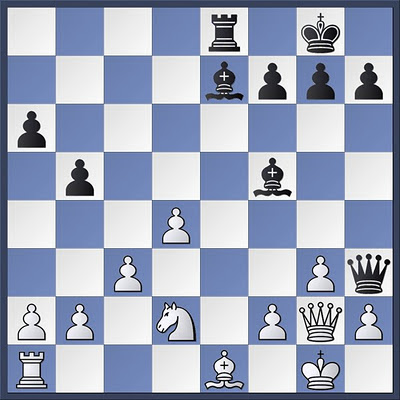 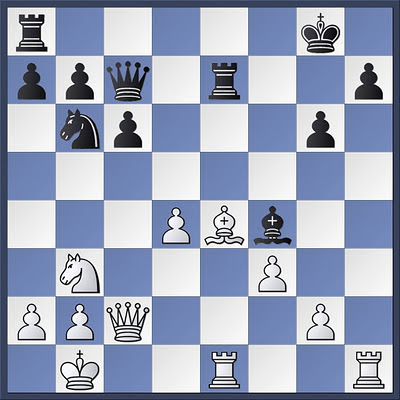 By now, i was playing down on board 6. I was in trouble almost from the start. I carried on, however, until this truly horrible position was reached when resigning was definitely the least painful thing to do.

The final result for me was two and a half points out of five - about what i usually get, but, after a great start on the Friday and Saturday, i had been hoping for more. 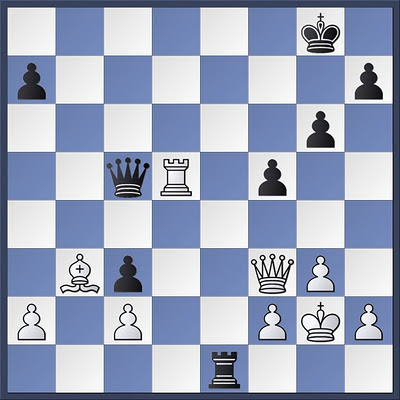