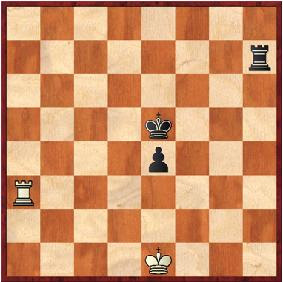 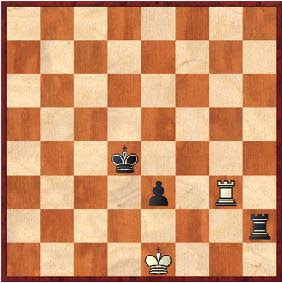 Now comes the clever bit. Shove your rook down to the eighth rank. Why? Well, whatever your opponent does now you are going to check his king from the safety of the eighth rank. The King cant leave the pawn undefended or you will just attack it with your rook and win it, and so the king can never escape your perpetual check as he can't hide in front of the pawn either. Neat!
Posted by Sean Hewitt at 15:11